A Team That Inspires: Running the Chicago Marathon for Back on My Feet

Jamie has been a volunteer of Back on My Feet for nearly five years. She is currently running with the Lincoln Park team, and plans to complete the Chicago Marathon this year.

As a life-long Chicagolandian, she has always had a connection to the community. Jamie first got involved with Back on My Feet after stumbling upon the Chicago Uptown team while running by herself one morning.  She flagged them down and started asking questions. Years later, she is a staple at her team’s morning runs, and continues to find value and perspective in participating.

She recalled a conversation with a new member, who was impressively fast from the very first meeting. During their run, she asked if he played sports growing up, and how he became so athletic. She recalled, “He rolled up his pant leg, and showed me that he had actually been shot several times in his leg from drive-by shootings.” 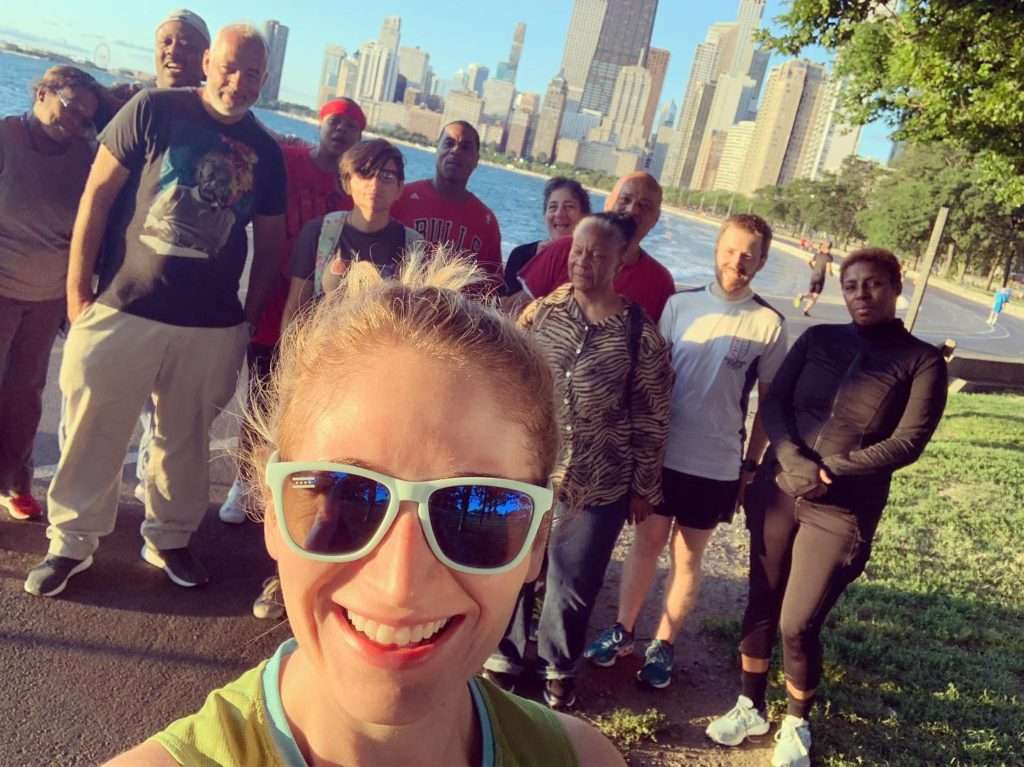 The member explained that people learn to run fast when they’re running away from violence. “It was really heartbreaking, but it was also a pretty incredible moment of him opening up and sharing his background with me.”

One of the biggest lessons that Jamie has learned from running with members of Back on My Feet is a new perspective on privilege, and how society has often worked in her favor, “There are a lot of things that I just always had access to, and a lot of challenges that I never had to face because of where I grew up or who my family was. Not everyone has that privilege.”

Getting to know the members, and seeing their hard work regularly inspires her. Now, Jamie has celebrated new apartments and career successes with her Back on My Feet teammates.

“It’s really helped me to realize the power of perseverance, and how reframing your self image and being consistent in pursuing what you want can help you overcome what are seemingly insurmountable obstacles.”

Jamie began running later in life and she quickly fell in love with the sport. With encouragement from her team, she decided to attempt the Chicago Marathon.

Jamie’s first marathon experience was better than expected, “For the first twelve miles, I barely realized I was running.” She recalled being motivated by the huge crowd, all the friends who came to cheer her on and those she met through Back on My Feet running with her.

“I felt really supported by the team, and felt really empowered to be able to do the race.”

With the next Chicago Marathon coming up, Jamie is back in training. When it comes to fundraising and personal motivation, social media is a great tool for her. “I have this whole repository on instagram with picture after picture of beautiful mornings, and great runs, and great people. It’s such a good way to remember why I’m doing it.” She’s found that her followers are receptive to her posts about Back on My Feet, and it has been the main vehicle for bringing in donations (check her out @thismorningsrun). 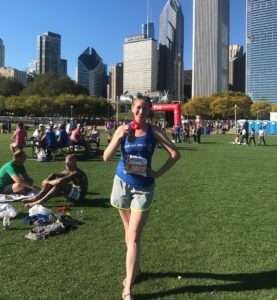 Jamie is close to her $2,500 fundraising goal! Help her reach it.

Learn more about FundRacing for Back on My Feet.

Join a Back on My Feet team near you!