Horacio (Ray) was used to his independence. His grandmother raised him until he was 16, when he started living on his own. But, everything quickly changed after he was incarcerated several years ago.

After Ray was released from prison, he became homeless and moved into the Salvation Army— a homeless services facility partner of Back on My Feet that houses over 600 homeless individuals on any given day.

Ray wasn’t used to relying on others. However, at this point in his life, he had no other option. So, he joined Back on My Feet.

Ray saw people going out in the mornings and wanted to be a part of the positive group. He appreciates so much how much Back on My Feet believed in him no matter his background or situation.

Through Back on My Feet, Ray got more than a regular exercise routine and a community. He earned a job with full benefits by diligently working with Back on My Feet staff for three months. As a result, he was hired by an employment partner, Fresenius Medical Care.

Since then, Ray was able to move out of the shelter and into his own place. The next goal he is working to achieve is to save up to get a car. Every day he takes a train and two buses to work.  A car will help him get to work more efficiently and on time.

When asked what he is most proud of, Ray shares “where I am now versus where I was.”

Ray has a new start because he continued to show up for himself and his future. The unwavering support of his teammates and the Back on My Feet community helped him get there.

Support member’s like Ray as they  work hard to reclaim their independence.

To help, make a donation here.

Back on My Feet gave me the push that I needed… 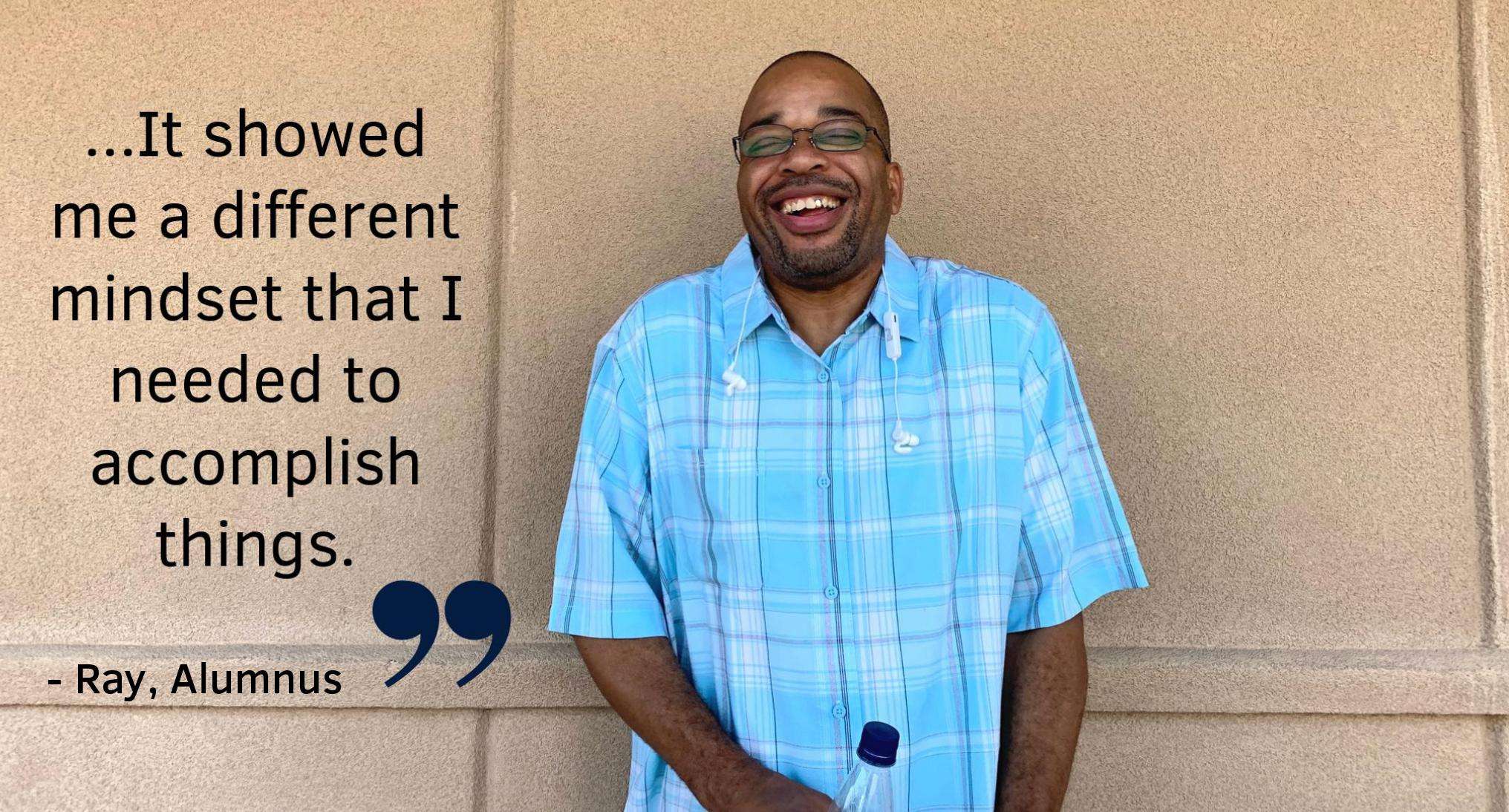